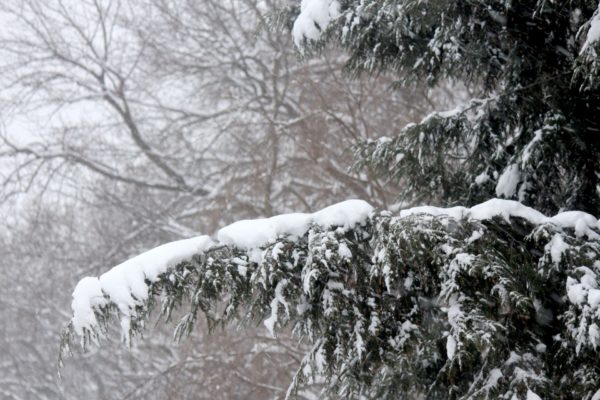 Portland, Ore. — The National Weather Service has issued a Winter Storm Warning for much of Western Oregon including the Portland-Vancouver area. The warning is in effect from 4pm Saturday through 4am Monday. More details are below:

Issued By
Portland – OR, US, National Weather Service.

Affected Area
The I-5 corridor in southwest Washington and the northern Willamette Valley in Oregon, including the entire greater Portland metro area.

Description
…WINTER STORM WARNING REMAINS IN EFFECT UNTIL 4 AM PST MONDAY… WHAT…Heavy snow expected. Total snow accumulations of 4 to 6 inches. Heavier amounts possible at higher elevations. WHERE…The I-5 corridor in southwest Washington and the northern Willamette Valley in Oregon, including the entire greater Portland metro area. WHEN…Until 4 AM PST Monday. IMPACTS…Expect winter driving conditions with snow and ice covered roads. Travel could be very difficult. ADDITIONAL DETAILS…Highest accumulations of snow expected above 500 ft. Snowfall amounts could greatly vary spatially due to the showery nature of the snow. PRECAUTIONARY/PREPAREDNESS ACTIONS… Anyone with travel plans should stay aware of the latest weather information, have alternative travel plans, or delay travel if possible. If you must travel, be prepared for winter driving conditions with snow and ice covered roads. If you must travel, slow down, and allow plenty of extra time to reach your destination. Allow extra following distance to the vehicle in front of you, and keep snow chains and a winter survival kit, including a flashlight, food, and water in your vehicle in case of an emergency. For the latest road conditions visit https://www.tripcheck.com or https://wsdot.com/travel/real-time/map or by calling 5 1 1.

More Information
…ACCUMULATING SNOW AND MUCH COLDER TEMPERATURES EXPECTED THROUGH EARLY MONDAY MORNING… .A much colder airmass will move southward from interior Canada tonight which, when combined with widespread showery precipitation streaming off the Pacific Ocean, will bring accumulating snow to all of western Oregon and southwest Washington. This will include elevations all the way to the valley floors and to sea level on the coast. Isolated snow showers have already started at elevations above 1000 ft, but snow levels will lower overnight. Snow will start in the northern portions of the forecast area late tonight into Sunday morning, and move southward through the day Sunday. Snow will gradually decrease in coverage and intensity on Monday.

Brad Pitt Gets Into The Skincare Game