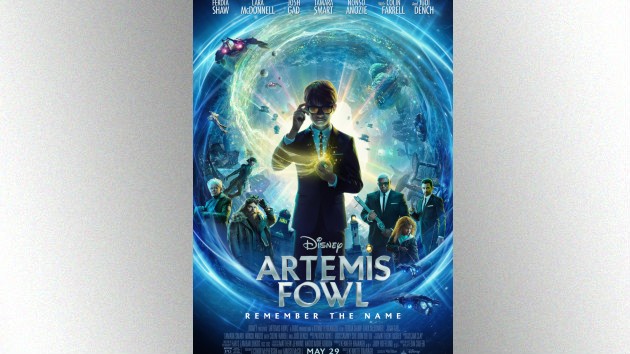 Disney(LOS ANGELES) — Disney has released a new trailer for Artemis Fowl, the adventure based on the beloved books by Eoin Colfer. Like the books, the film, which was directed by Kenneth Branagh, centers on the titular 12-year-old genius Artemis Fowl, a descendant of a long line of criminal masterminds, who sets off on a fantastical adventure to find his father who has mysteriously disappeared.

Colin Farrell plays his enigmatic dad, who Artemis learns is one of the world’s most skilled thieves — and whose disappearance is linked to a reclusive world of fairies, leprechauns, trolls, and other creatures.

In a statement, Branagh says, “Eoin Colfer created a landmark series of books and a totally original world of characters. We hope that fans familiar with this charismatic anti-hero, will also join a first-time cinema audience in enjoying a sea of surprises – cunning twists and turns in a typical Artemis Fowl style.”

Artemis Fowl opens in U.S. theaters on May 29, 2020, from Disney, the parent company of ABC News.