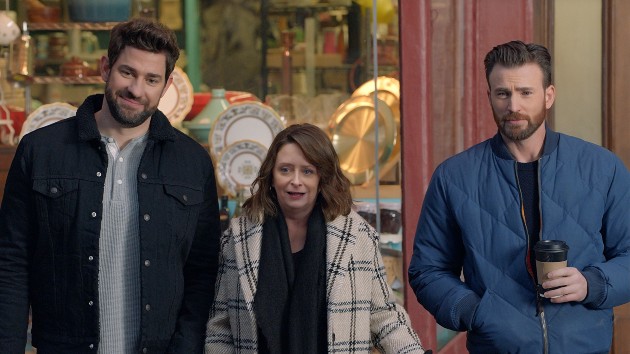 So to demonstrate Hyundai Sonata’s new ‘smart park’ feature — which literally lets the car drive itself into an out of a parking spot with the push of a button, they tapped the celebs for a play on the familiar ‘pahk the cah’ meme.

“It’s smaht!” Evans marvels. “It’s wicked smaht,” Krasisnki adds, before his curious pals rattle off a series of Massachusetts locations at which he may have pahked, and ‘unpahked’, the new Sonata.

“This is a ghost cahh,” an impressed Dratch says at the commercial’s end.