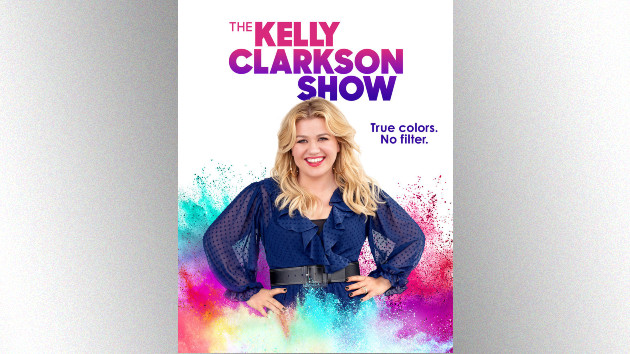 Courtesy NBCKelly Clarkson‘s trophy shelves are stuffed with Grammys, American Music Awards, People’s Choice Awards, Teen Choice Awards and more…but all those awards were for her work as a musician.  Sunday night, she has a chance to win her first award as a TV personality.

This Sunday night at the Critics’ Choice Awards, Kelly’s daily talk show, The Kelly Clarkson Show, is nominated for Best Talk Show, and her competition includes the likes of Last Week Tonight with John Oliver, The Late Late Show with James Corden, Late Night with Seth Meyers and Full Frontal with Samantha Bee.

In a video Kelly posted last month, she said, “No matter who wins, it’s such hard work that we’re all doing just to make these magical shows for people, to inspire people and motivate people and make ’em have all the feels so just congratulations on being nominated to everybody and I can’t wait to go! I’m gonna be there…in a fancy dress!”

Even if she doesn’t go to the podium to get a trophy, you’ll still be able to see Kelly in her fancy dress, because she’s a presenter on Sunday night, as well as being a nominee.

The awards show, hosted by Taye Diggs, will air live on the CW on Sunday night at 7 p.m. ET.

By the way, Kelly has been nominated before at various awards ceremonies for Favorite TV Personality and as part of a Favorite Reality Show Judges category with her Voice colleagues.  However, she has yet to win.  She’s also been nominated for a Golden Raspberry Award for her notoriously bad movie debut, From Justin to Kelly.