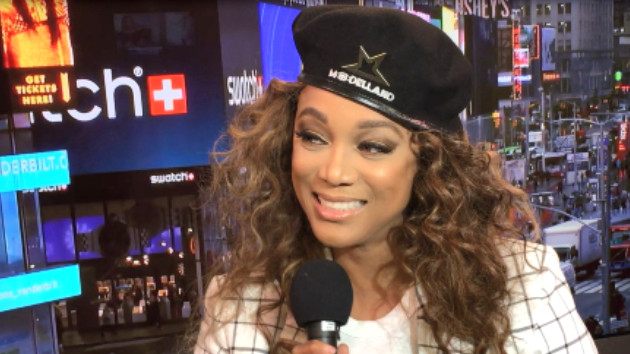 The former model, entrepreneur and businesswoman tells ABC Audio that she can vividly remember the day when she first envisioned the park.

“I was riding in a car on the East River here in New York City, and I came up with this idea,” Banks says. “I was like, ‘What about this? If I created a story about a magical modeling world that, you know, was overtaken by people that said that perfection– and what people are saying is perfection — is wrong.’”

“‘And then I have people take it over, and then maybe I create a place that people can come and live this ultimate fantasy!’”

The attraction, located in Santa Monica, California, was 12 years in the making and, according to Tyra, the inspiration behind it came from her love of adventure parks.

“I’ve been obsessed with Disney and Universal Studios tour and places that just take you on a journey,” she says. “Like, you can just say goodbye to your everyday crazy life and come to this place.”

And while many will think that Tyra’s latest venture is just another avenue for aspiring models to get discovered, Banks ensures fans that it’s way more than that.

“I have combined Disneyland with Willy Wonka, with America’s Next Top Model to create Modelland, which is a place that everybody can come,” she says. “Families, date night, kids, teens can come and live the ultimate modeling fantasy.”

“It’s not about, like being a professional model. It’s not about that. It’s about just coming and taking the most amazing photos and getting tips and tricks and going on a story driven journey.”

Tickets for Modelland are now available.