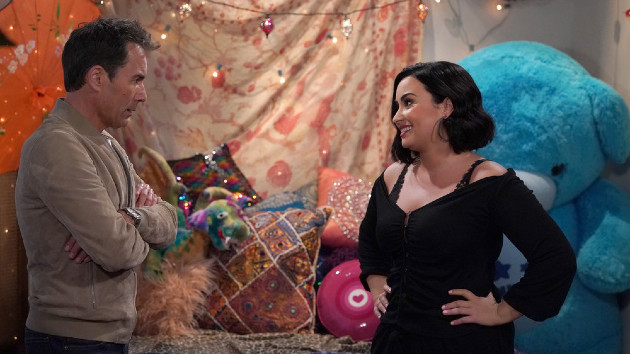 The singer will be playing Jenny, a potential surrogate for Will, played by Eric McCormack. According to the episode description, the reviews for Jenny are great, but Will can’t seem to get past her messy way of life.

Back in November, Demi posted a photo of herself on set with a fake pregnant belly, so it would seem she does in fact become his surrogate.

Her guest-starring stint on the show was announced back in August. Demi posted an Instagram photo from the set, featuring her sitting on the Will & Grace couch reading a script. She captioned it, “Will & Grace & Demi.”

Season 11 of Will & Grace will be its last. The shows airs Thursday nights at 9 p.m. ET on NBC.