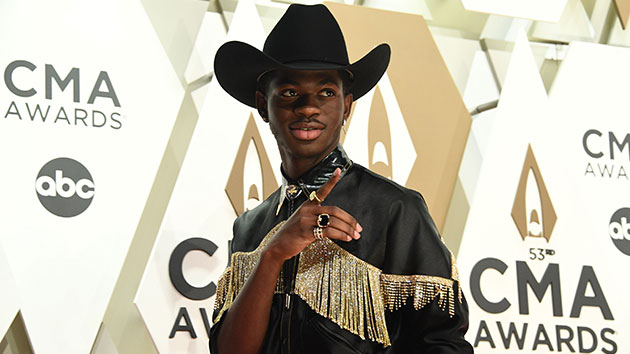 They all made their mark on the charts but Lil Nas X reigned supreme, breaking the all-time record for most consecutive weeks at number one on the Billboard Hot 100 with his hit “Old Town Road” featuring Billy Ray Cyrus. The song was number one for 19 weeks, beating the previous record of 16 weeks held by “Despacito,” by Luis Fonsi and Daddy Yankee, and “One Sweet Day,” by Mariah Carey and Boyz II Men.

In June, to close out Pride Month, Lil Nas came out as gay. He later told Ellen DeGeneres he decided to come out publicly in order to help young fans who may be struggling with their sexuality.

The artist to finally topple Lil Nas X’s reign on the Hot 100? Billie Eilish, with her song “bad guy.” The teenage phenom, who first put her name on the map in 2016 with the Soundcloud single “Ocean Eyes,” broke through in a major way this year. In March, she dropped her debut album, WHEN WE ALL FALL ASLEEP, WHERE DO WE GO?, which debuted at number one on the Billboard 200.

In addition to her chart success, Billie was named Billboard’s Woman of the Year, Apple Music’s Artists of the Year and Variety‘s Hitmaker of the Year — and on December 18, she turned 18. Things won’t be slowing down for Billie in 2020, either: She’ll vie for six awards at the 2020 Grammys and later launch a giant U.S. arena tour.

2019 was also “Good as Hell” to Lizzo. After years of struggling to make it big, the singer scored her first number-one hit with “Truth Hurts,” as well as two platinum singles — “Good as Hell” and “Juice” — from her album Cuz I Love You. She’s the leading nominee at the 2020 Grammys with eight nods overall, and was named Entertainer of the Year by TIME magazine.

Scottish singer Lewis Capaldi became “America’s Sweetheart” this year, thanks to his hit “Someone You Loved,” which finally reached number one on the Billboard Hot 100 chart in October after 24 weeks. The song previously topped the Official U.K. Singles chart for seven weeks back in March.

Lewis also opened for Ed Sheeran on his Divide tour on select dates this year, then hit the road for his own U.S. headlining tour. Next year, he’ll support his good pal Niall Horan on tour, beginning in April.