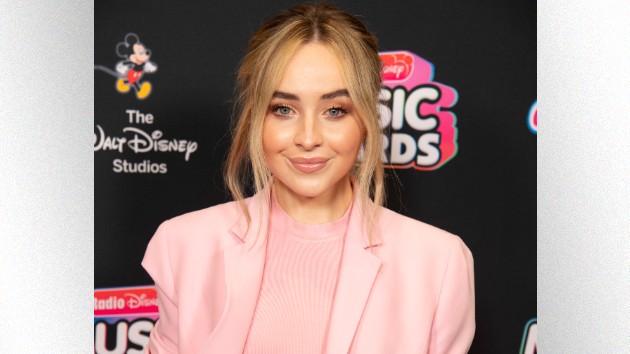 The singer and actress has joined the cast of the hit Broadway musical Mean Girls, in the starring role of Cady Heron, the role Lindsay Lohan played in the movie version.  This will be Sabrina’s Broadway debut; she’s doing a 14-week engagement, with her first show March 10.  She’ll wrap things up June 7.

Sabrina, whose last album release was Singular: Act II, has been splitting her time between music and acting in recent years.  She just wrapped up a starring role in an upcoming film called Clouds, and she’ll also star in and executive-produce a new Netflix series called Work It.

Sabrina tells People, “I’m so excited.  I’m such a big fan of the musical, the movie, the story in general, [writer] Tina Fey, and all these incredibly people involved with the show… I can’t wait for the rollercoaster!”

She adds, “Coming into this already knowing that I’m such a fan? And saying every one of those iconic lines? I can’t put it into words; it’s just going to be so thrilling. It brings a whole new energy into it for me.”

But Sabrina tells People that the role of Cady wasn’t the one she originally wanted.

“I love Damian with all my heart,” she says, referring to the role of Janis and Cady’s best friend, played by Daniel Franzese in the film.  “When I saw [the show] on Broadway, I said, ‘Can I play Damian?’ They were like, ‘No. You cannot pull that off.’”