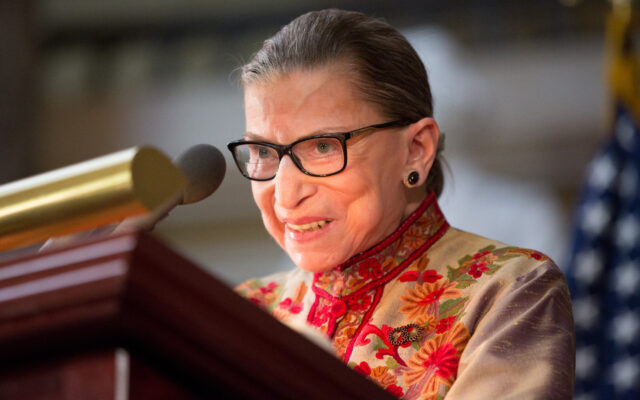 Supreme Court Justice Ruth Bader Ginsburg has died after a battle with pancreatic cancer, sources report. She was 87 years old.

Although details of her death have not yet been revealed, Ginsburg has suffered a number of health issues in recent months. In July, she was admitted to the hospital on two separate occasions to undergo a procedure on a bile duct. The hospital stays came after she revealed she was battling cancer for the fourth time.

Born Joan Ruth Ginsburg in 1933, the Liberal justice was nominated to the U.S. Court of Appeals by President Jimmy Carter in 1980. She became the third female justice on the Supreme Court in 1993 after she was nominated by President Barack Obama. Discussing her health issues recently, Bader vowed to continuing working until she “couldn’t anymore.”

Did Britney Throw Shade At Her Sister’s Memoir?

Reporter Does His Live Shot Skateboarding The Whole Time

“Hello” again: Adele returns to that same empty house for her new “Easy on Me” video