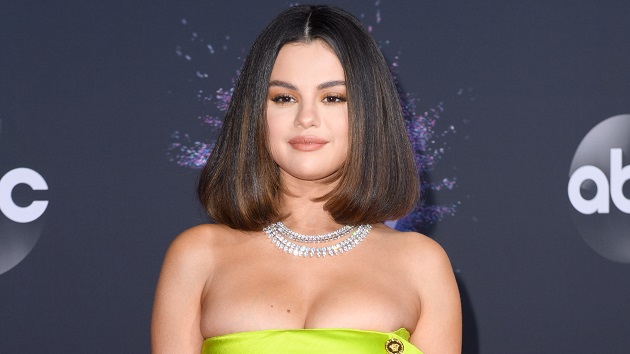 ABC/Image Group LAIt’s not only Hailey Bieber who is fed up with trolls.  So is Selena Gomez.

The two had an unintentional run-in after hitting up the same restaurant on Saturday night, Craig’s in West Hollywood. The establishment is a renowned celebrity hot spot.

Gomez was at Craig’s hours after the premiere of her new movie Dolittle, where the little get together also doubled as a celebration for her new album Rare.  The “Lose You to Love Me” singer even gushed about her Rare cake on her Instagram Stories.

However, instead of lobbing hate at Gomez or Bieber, trolls began attacking their mutual friend Madison Beer, who was seen hanging out with Bieber at the time.

Trolls have since flooded the 20-year-old singer’s Instagram comments section with snake and rat emojis, along with other disparaging comments.

Beer attempted setting the record straight in one of her photos, writing in the comments section, “These rumors are getting insane.. I just had dinner with my friend hailey of 10 years… and that’s it?  How is that a crime? I love selena.. always have. (as y’all know.) and I would literally never in a million years try to upset her??? that is just mean and unnecessary and nothing happened. it was just a coincidence, you’re bullying me for no reason…”

Gomez also stuck up for her friend in the comment section, angrily writing, “This is disgusting reading all of this.”  She added, “This wasn’t intentional whatsoever. I’m so disappointed that people would speak to someone like this. I have known Madison since she was a baby and watched her continue to become the woman she is.”

Gomez ended with a pointed remark regarding Hailey Bieber, who is the wife of her ex Justin Bieber, “There is no issue.”