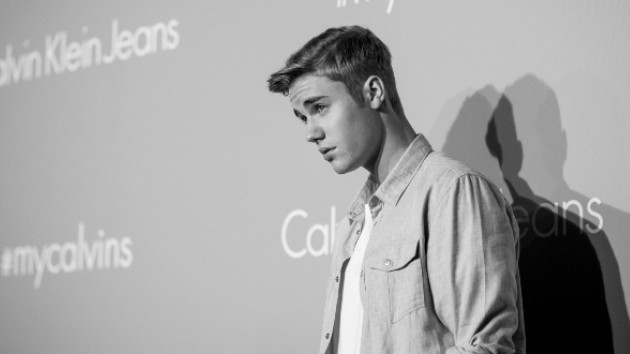 Victor Fraile/Getty ImagesLongtime Calvin Klein model Justin Bieber returns for the brand’s new campaign, which is called #DealWithIt.  Joining him for the ride are Lil Nas X, SZA, Kendall Jenner and others.

The campaign video, in black-and-white and in color, features Justin posing in a variety of jeans and tops.  In one shot, he’s topless, with his Calvin Klein undies peeking out over the top of his jeans. In other shot, he’s sitting in a leather chair, wearing nothing but a pair of boxer briefs.

As for Lil Nas X, he’s shown sitting in a conference room bare-chested with a jean jacket and matching denims.  He says, “My name is Lil Nas X. I don’t know what the hell is goin’ on. Deal with it!”

SZA, meanwhile, contorts herself around what looks like a vintage DeLorean automobile, and says, “My name is SZA. Everything I love, I overdo. Deal with it!”

Other celebs featured in the clip include Latin star Maluma, Euphoria actress Hunter Schafer, and Chinese superstar singer and actor Lay Zhang.  Part of the clip is soundtracked to the 1999 hit “Bodyrock,” by Moby.

You can shop the new collection now: Justin’s photo is being used on the Calvin Klein website illustrate men’s apparel.