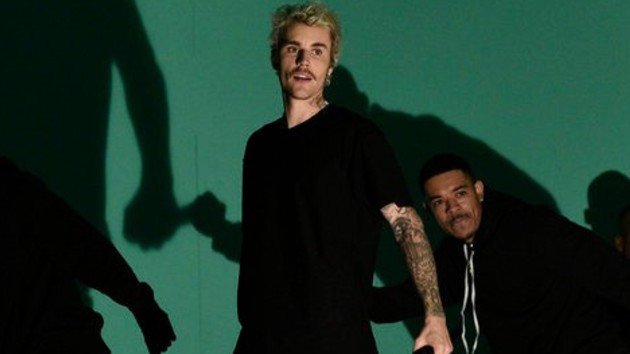 Will Heath/NBCIf you’re a Justin Bieber fan who couldn’t enjoy the singer’s performance on Saturday Night Live because you were fixated on how much you hate his mustache, well, it’s not going away any time soon.

Insiders tell Page Six that Justin’s fans hate that hairy caterpillar on his upper lip, and so does his wife, Hailey, but he refuses to shave it off for that very reason.

“He feels that for years he’s been the pretty boy and loves how much everyone hates it and thinks it’s hilarious,” an insider dished. “He doesn’t even like it himself, but the more people hate it the longer he wants to keep it.”

“The more his wife dislikes it and the more the world dislikes it, the funnier he thinks it is,” another insider said.

Justin performed “Yummy” and “Intentions” on Saturday Night Live — both odes to how much he loves his wife — ahead of the Friday release of his long-awaited new album, Changes.  He brought Quavo, his guest on “Intentions,” out for the performance.