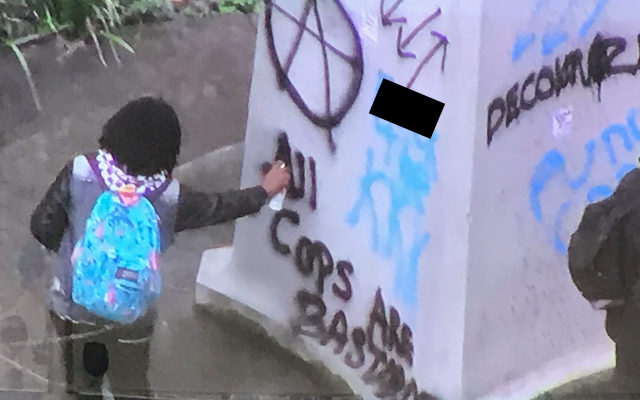 PORTLAND, Ore. — Three people were arrested for assaulting witnesses to their protest in downtown Portland on Saturday afternoon and vandalizing property at Lownsdale Square.  Three bystanders were treated for exposure to pepper spray from the protesters.

The group targeted people who were taking pictures and videos of the crowd.  Police say they threw incendiary devices believed to be flares into the street as traffic drove by, chucked objects including rocks at witnesses and officers, and jabbed people with metal-tipped umbrellas.

Property was also vandalized with spray paint including this war memorial.  Investigators are looking for the suspect in this picture below. 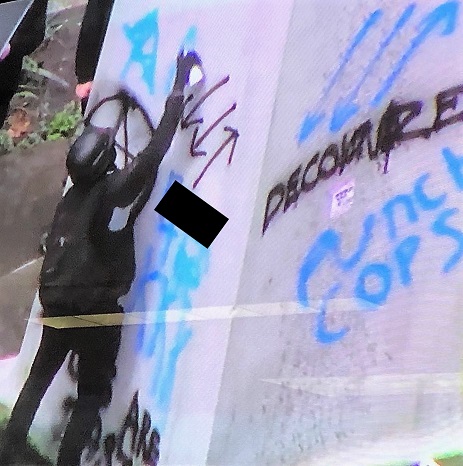 Police say more arrests are possible after reviewing video and talking to witnesses.