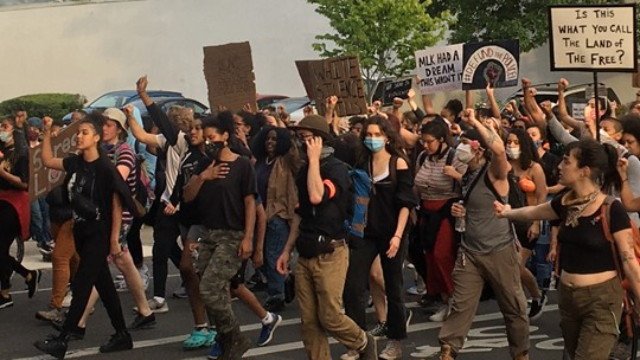 PORTLAND, Ore. — For a 13th straight night, protesters against police brutality and racial injustice gathered throughout the city on Wednesday night.

A group again assembled at Revolution Hall in Southeast Portland and marched up Grand Avenue to Unthank Park in North Portland where they listened to speakers.

Another crowd showed up downtown around 11:00pm. Police warned the crowd about criminal activity. They spent a few hours de-escalating the situation after a section of the fence at Southwest 3rd and Main was knocked down. The crowd dispersed around 2:00am.

There were several other events that took place including a community bike ride to marches and rallies. Skateboarders and scooter riders gathered at the Moda Center for a ride across the Steel Bridge onto the waterfront.