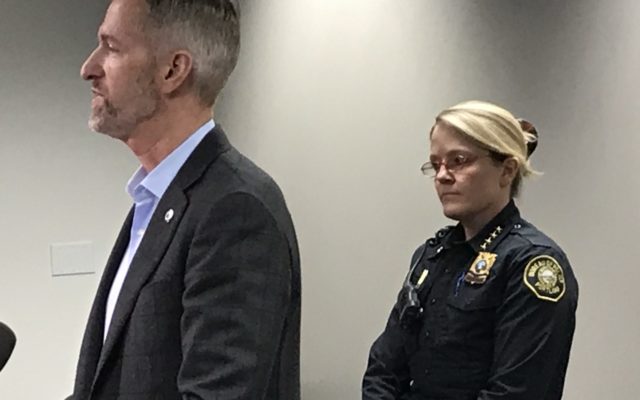 Portland Ore -Jami Resch was officially introduced as the new chief of the Portland Police Bureau.

She was Deputy Chief under Danielle Outlaw, who left at the end of 2019 for the police commissioner’s job in Philadelphia.

Mayor Ted Wheeler said the choice to pick her as the new chief was easy. “She knows my priorities and my agenda.”

She praised Outlaw for many things she “did exceptionally well.”

But she noted she’s been on the police force for “21 years in February” so she has a number of relationships already built up over time in the community.