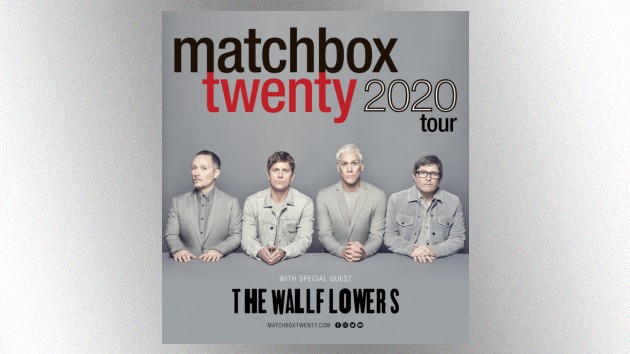 Atlantic RecordsIt was inevitable that Matchbox Twenty would do something in 2020 — Rob Thomas has said as much — but now they’ve announced what it is.

The band has announced a summer tour called — what else? — Matchbox Twenty 2020.  It will kick off July 17 in Bethlehem, PA and wrap up at the Hollywood Bowl in L.A. on September 28.  Opening all dates are The Wallflowers.  This is MB20’s first tour since 2017, when they hit the road to celebrate the 20th anniversary of their debut album Yourself or Someone Like You.

In a statement, Rob Thomas says, “I’m proud to be a part of the greatest pop rock band in the world and I can’t wait to play with them again. Stepping on stage with Matchbox and sharing those songs with the fans feels as natural as breathing to me at this point.”

The general ticket on-sale date is January 17 at 10 a.m. ET via LiveNation.com. For a full list of dates and more information, visit MatchboxTwenty.com.