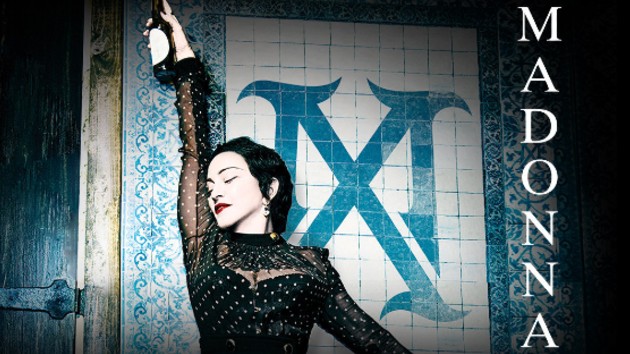 PRNewsfoto/Live Nation EntertainmentMadonna‘s Madame X tour is hobbling along after the “Vogue” singer had to cancel another concert, her second this week, in Lisbon on Wednesday.

The 61-year-old has attributed her past cancellations due to injuries and illnesses.  In a video posted Tuesday, Madonna is seen clutching a cane and limping up a series of stairs.  “In Lisbon where Madame X began her journey…….thank goodness for my beautiful Vintage cane and most of all thank you to Dino and Victoria and all the amazing Musicians who showed up,” she wrote on Twitter.

On top of using a cane and clutching onto the banister, the singer is heard exasperatedly remarking in the video, “Oh, good, more stairs” as she makes her way around her old home.

Page Six, who reports that the Wednesday show was cancelled due to Madonna’s “ongoing injuries,” writes that she intends to hit the stage tomorrow for her final show in Lisbon before jetting off to London and Paris.

Madame X is Madonna’s fourteenth studio album that debuted atop the Billboard 200 in June and features the songs “Crave” and “Medellín.”  The Madame X Tour, which is Madge’s 11th tour overall, is set to conclude March 2020.

Madonna has cancelled nine tour stops so far, citing injury, medical reasons, and production reasons as why those particular shows could not go on.