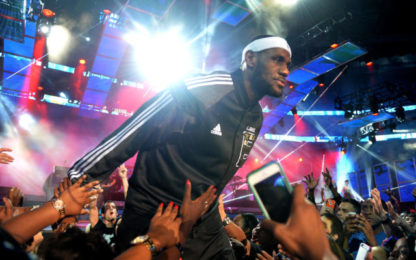 LeBron James appears to have added a new tattoo in honor of Kobe Bryant. People reports James posted an Instagram Story Wednesday night that showed him getting a tattoo on his left thigh. While the L.A. Lakers star didn’t reveal the final product, photographers snapped pics of his new tat during a Lakers workout on Thursday. The tattoo looks to be a snake inspired by Bryant’s “Black Mamba” persona. Beneath the tattoo, the text seems to read “Mamba 4 Life.” Tattoo artist Vanessa Aurelia created the tattoo. She also did a similar tattoo for his Lakers teammate Anthony Davis, which has yet to be shown in full.

According to TMZ, James is expected to officially debut his new tattoo on social media before the Lakers home game against the Portland Trailblazers on Friday, the team’s first game since Bryant died in a helicopter crash on Sunday.