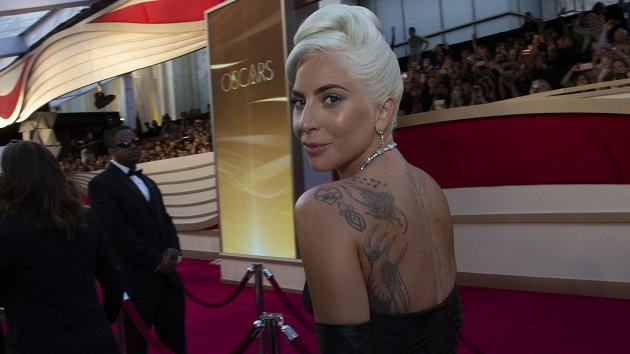 ABC/Kelsey McNealIn the era of spoilers and album leaks, it was only a matter of time before Lady Gaga had to deal with a leak of her very own when one of her unreleased songs unexpectedly found its way online.

However, it seems the “Bad Romance” artist is taking the whole thing in stride.

Mother Monster took to Twitter on Wednesday to tell her fans in her own special way that they need to calm down.  Posting a photo of a young girl wearing a black ski mask under a pair of headphones, Gaga jokingly wrote, “Can y’all stop?”

In kind, her fans teased the “Shallow” singer back, begging her to drop her new music while joking that they won’t stop now that they have a taste of her new music.

It is unknown when exactly Lady Gaga will drop her upcoming studio.  However, she began teasing the album back in March in response to rumors that she was pregnant with A Star Is Born co-star Bradley Cooper‘s child by writing “Rumors I’m pregnant?  Yeah, I’m pregnant with #LG6.”

Well, it seems that her “due date” may be approaching thanks to a recent report from British tabloid The Sun.

The paper claims that Gaga will return with “a major new single on February 7.”

Whether or not the single in question was actually “Stupid Love” has yet to be seen.