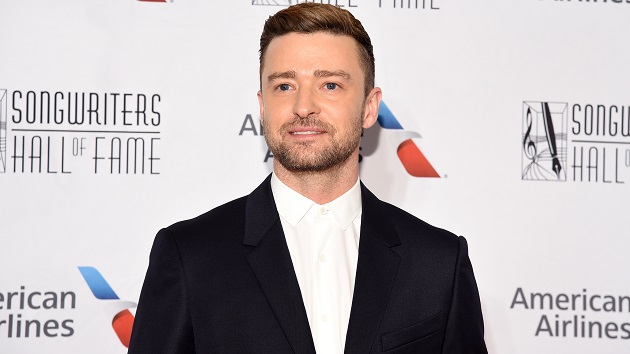 Jamie McCarthy/FilmMagicGirl Scout cookie season is back and, to celebrate, Justin Timberlake decided to sample some of their most popular treats.

“Samoas vs Thin Mints… FOOD FOR THOUGHT,” Captions the “Can’t Stop the Feeling” singer in a double Instagram video update Thursday that asks his fans to weigh in on the best Girl Scout cookie.  “Double tap for DOUBLE SAMOAS. Comment for Thin Mints.”

In the first video, Timberlake, reclines back on a sofa and eagerly fishes out one of the Samoas — since renamed Caramel deLites.  “This one’s for the Girls Scouts of America… we support you,” the 39-year-old diplomatically says toward the camera before taking a bite.

His face explodes in pleasure as he bellows, “Ooh!  Ooh do we support you!”

But, now, it’s onto the king of the Girl Scout cookies: the Thin Mints.  However, before he can take a taste, the other people in his trailer start arguing over the famous chocolate mint treats.

One girl screams off camera to when someone claims the cookies overrated, “YOU’RE overrated,” which causes everyone to erupt with laughter.  All except for Timberlake, who stares at the Thin Mint fan in a mixture of terror and shock as he sinks back in his seat.

He then recovers with a laugh, “You know what I’m sayin’?  It’s a very contentious subject.”

However, when it comes down to which mega-popular Girl Scout cookie is his choice, he sides with the Samoas, calling them his “tip top” because “I love coconut.”

That said, so if you ever meet Justin backstage during one of his shows, toss him a box of Caramel deLites/Samoas.  He will definitely appreciate it.