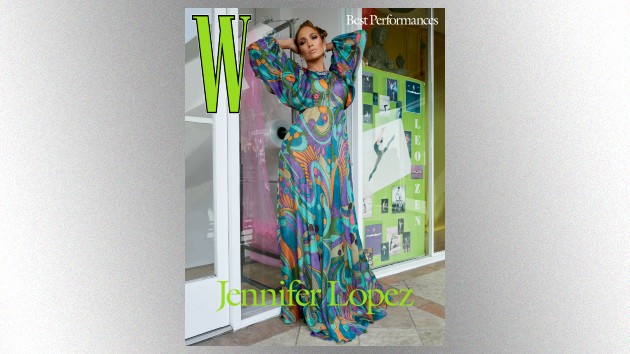 Juergen TellerJennifer Lopez is getting plenty of awards season buzz thanks to her performance as a stripper named Ramona in the movie Hustlers.  But she says if things had gone differently in her career, Hustlers could have been a story she lived, rather than something she simply acted.

In a cover story for W magazine’s “Best Performances” issue, J-Lo admits she actually considered stripping for extra money back when she was a dancer struggling to make ends meet.

“There was a moment in my life when my friends, who were also dancers, told me about making thousands of dollars at clubs in New Jersey,” she recalls. “They said, ‘You won’t need to be topless.’ It sounded awfully good when I was broke and eating pizza every day, but I never did it.”

“I was a little nervous about doing this movie because I had never played someone this dark or complicated,” Jennifer says of her character, adding, “Ramona reminded me of that girlfriend we all have who is exciting but can also get you into trouble.”

“You always miss that friend when she’s gone, but when you get together, you worry you might find yourself in some crazy situation,” she says. “That’s Ramona.”

Jennifer is up for Best Actress in a Supporting Role at this Sunday night’s Golden Globes.  She’s also rehearsing for her upcoming gig at the Super Bowl in February.