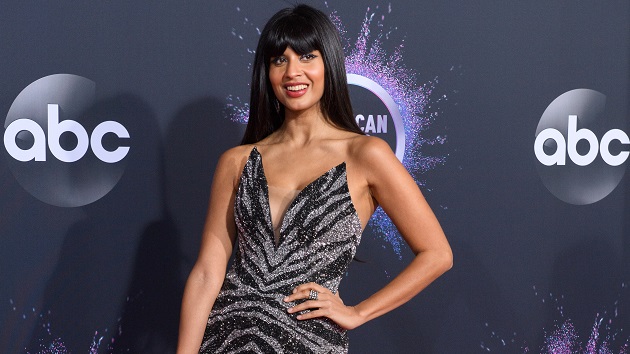 ABC/Image Group LA(LOS ANGELES) — Jameela Jamil understands having rumors spread about her comes with the territory of being a celebrity.  However, she draws the line when it comes to spreading lies about her mental health.

Writer and producer Tracie Morrissey claimed in a lengthy Instagram highlight reel that The Good Place actress has Munchausen syndrome — a factitious disorder to describe people who pretend to have numerous physical or mental illnesses.

There, Morrissey documented every accident Jamil spoke about, such as when she was hit by a car to suffering a concussion when filming with Olly Murs, and compared the timelines.

Eventually, the writer said the sequence of events and witness accounts didn’t add up — deducing in her now-viral highlight that Jamil was exaggerating or lying about her injuries for attention.

On Wednesday, Jamil denied having Munchausens and branded Morrissey “an unhinged idiot.”

In a detailed Instagram post, the actress explained that Morrissey is the one who mixed up the timelines,  writing, “She thought that because my car accident stories was “different” …. that’s because they were about two separate car accidents 13 years apart. In her rush to bully and drag, she forgot to read.”

However, Jamil decided to shake off the rumors and explained, “After a few hours of feeling upset that I’m being gaslit and targeted for harassment… I sort of realized… oh. Ok. Some people have sad, empty lives. And doing this gives them some purpose.”

The Misery Index host also decided to contribute to the rumor mill by posting bogus claims of her own on Twitter, ranging from “I’m BANKSY” to “I am single handedly causing climate change with my farts.”

She also encouraged fans to spin their own ridiculous lies about her and retweeted her favorites, such as her faking the moon landing to causing the extinction of dinosaurs.