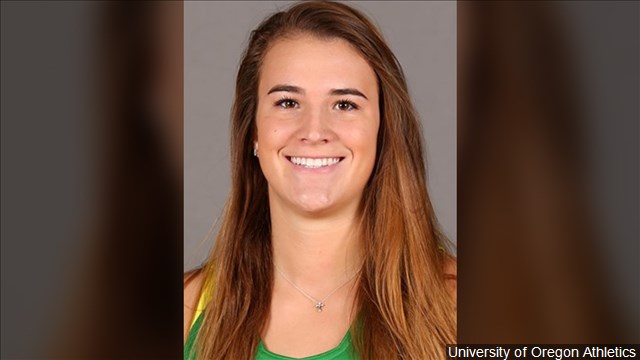 Palo Alto, Ca. – Oregon’s Sabrina Ionescu has become the first NCAA player to reach 2,000 points, a thousand assists and a thousand rebounds. She did it in Monday night’s 74-66 win over Stanford. Earlier in the day, she was in Los Angeles where she gave an emotional tribute to her mentor, Kobe Bryant at his memorial service. This all happened as she battled a flu bug.

She told ESPN the game was for Bryant. She said ” he’s looking down and really proud of me and just really happy for this moment with my team.” Her teammates celebrated her milestone by dousing her with water. The Ducks captured the moment on video and posted a tweet that read “History deserves a water bottle bath.”

Ionescu said during Bryant’s service she still texts him even though he’s not here.  She said ” thank you for everything; the rest is for you.”