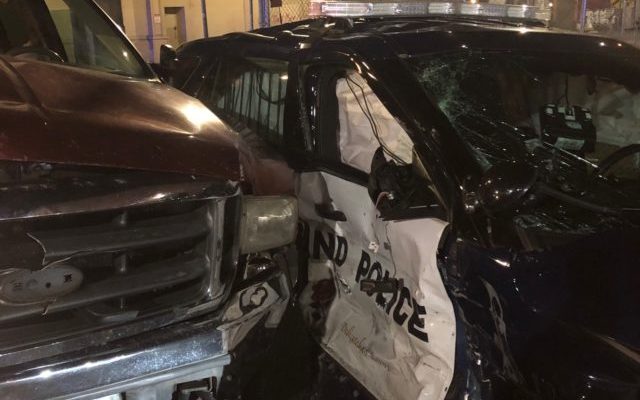 Portland, Or. – A Portland police officer has been taken to a hospital for treatment after he was  T-boned by another driver in SE Portland early today. Police say the hit and run driver was in a stolen truck and got out and ran after the collision. Police used a K9 unit to look for the driver, but have not found him yet.

Police say the truck was a Ford F350 and was reported stolen in Vancouver Febraury 1st. It’s been seized as evidence. No description of the suspect is being released at this time.

If anyone has information about this incident or the driver of the truck, please call non-emergency line at 503 823-3333 and reference case number 20-54823.