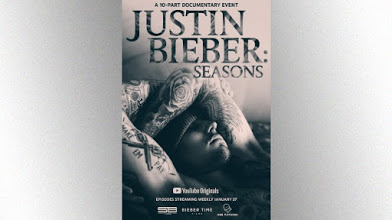 Courtesy YouTubeFor a while now, it’s been an accepted fact that Justin Bieber has been going through some kind of emotional struggle or depression: He’s referred to it a number of times in social media postings.  But reportedly,  Justin’s upcoming YouTube documentary Seasons will reveal the source of his depression:  He’s been struggling with Lyme disease.

Sources who have seen Seasons tell TMZ that last year, doctors struggled to determine exactly what was wrong with Justin, who was experiencing “scary symptoms.”  TMZ says that in October, when Justin was photographed crying, it was because he was depressed because nobody could diagnose him.

In fact, TMZ reports, doctors gave Justin all kinds of medication while they were trying to pinpoint the problem, and that’s why his skin was all broken out last year.

TMZ adds that in November, when Justin was seen leaving a medical building with an IV in his arm, it was because that’s how doctors were giving him medication for the Lyme disease.  Now that he’s been properly treated, his skin has cleared up and he feels much better.

TMZ reports that the reason Justin’s song release was delayed until January was that everyone on his team wanted to make sure he was healthy enough to launch his new era.

Lyme disease is commonly caused by a tick bite, and symptoms include rashes, headaches, fever and fatigue.

Avril Lavigne is among the celebrities who also suffer from Lyme disease; it caused her to drop out of the spotlight for several years.

Bieber’s reps did not respond to ABC Audio’s request for comment on the TMZ story.  Seasons premieres January 27.