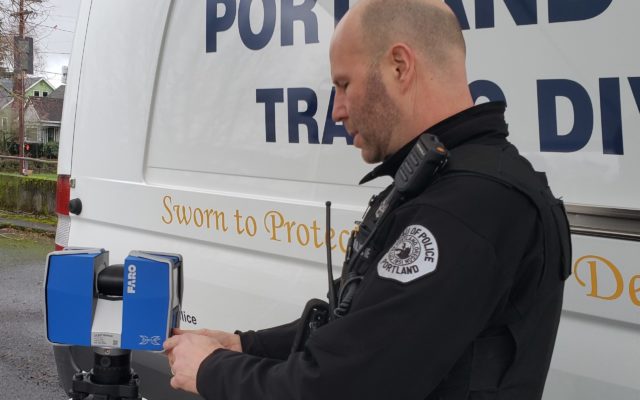 PORTLAND, Ore.– Recently KXL’s Rosemary Reynolds met with Portland Police Officers Garrett Dow and Chris Johnson both work the bureau’s traffic division crash investigation unit.  the concept for the story is why it takes so long to clear a fatal crash scene.  The officers outline the process following the scenario of a 2 car crash with 1 person killed. Patrol responds first. They determine someone has died.  They radio for assistance.  Getting everyone on scene takes at least an hour. 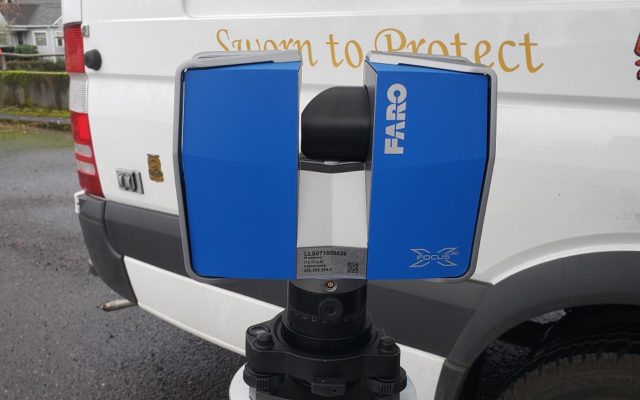 A 3 D laser scanner  is placed on the road it measures skid marks, debris fields , and speed accurately as possible.  The information can easily be transferred to a computer for further evaluation. The Medical Examiner is called  and tow trucks.  The process takes hours . In the old days police took measurements and wrote everything down by hand.  The Traffic Division is actively looking at adding a drone to the use of the scanner.  That equipment could give them hundreds of pictures of a crash scene for as little as $1,200 to $1,500.