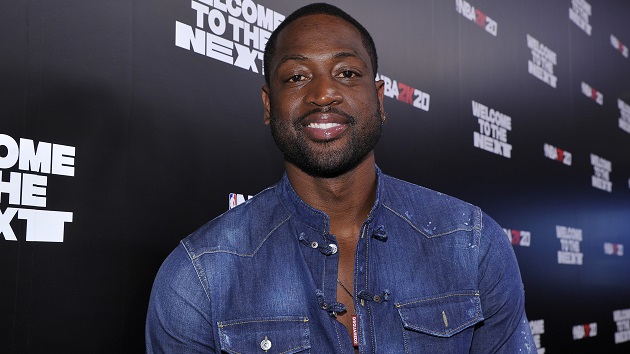 John Sciulli/Getty Images for NBA 2K20(LOS ANGELES) — Dwayne Wade isn’t too proud to admit that his daughter has taught him a few things.

The NBA star dished about the positive effect that his 12-year-old, Zaya, who was born male and named Zion, has had on him while at the premiere of his ESPN documentary, D.Wade: Life Unexpected.

“I think coming from the inner city of Chicago early on, I was kind of closed-minded on a lot of things,” Wade told Entertainment Tonight. “And I’ve been with my wife, traveling the world, meeting people, going to different places, I’ve learned to keep my mind open, keep my eyes open, keep my heart open, keep my thoughts open.”

“That’s what I’ve been trying to do as I’m growing into the man that I’ve always dreamed of becoming,” he added.

Wade opened up about his daughter’s journey on The Ellen DeGeneres Show on Tuesday.

“Zaya, our 12-year-old… came home and said, ‘Hey, so I want to talk to you guys. I think going forward I’m ready to live my truth. And I want to be referenced as ‘she’ and ‘her.’ I would love for you guys to call me Zaya,’” he explained.

“We are proud parents of a child in the LGBTQ+ community,” Wade said of himself and wife, Gabrielle Union.