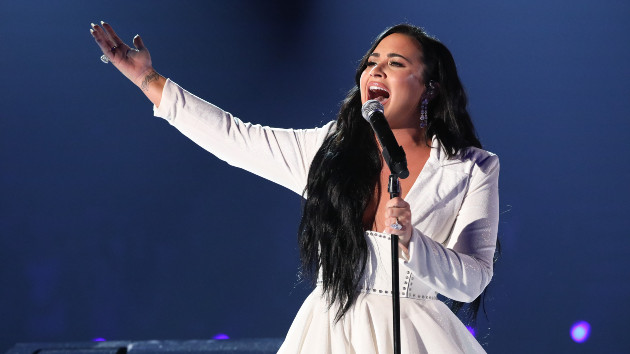 Monty Brinton/CBS In Demi Lovato’s new song, “Anyone,” she sings, “nobody’s listening to me.” But clearly, people are.

Thanks to the overwhelming response to Demi’s comeback Grammys performance of the song last month, she’s releasing the live version of the vulnerable, emotionally raw ballad.

“Your support has been incredible since the release of ‘Anyone,’” Demi writes on Instagram. “I’m so blown away by the stories you’ve shared connecting with the song in your own way. I hear you, and thank you for listening. ‘Anyone’ live from the #GRAMMYs is available now.”

Demi previously revealed the song was recorded just days before her near fatal overdose in 2018.

She performed “Anyone” for the first time at the Grammys on January 26. Accompanied by just a piano, Lovato, dressed in a flowing white gown, had to pause just seconds into her emotional performance in order to hold back tears.  After taking a few moments to recollect herself, she began again as tears streamed down her face. The performance earned her a standing ovation.