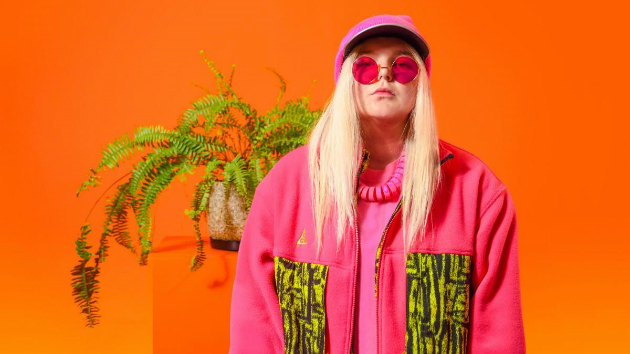 Tones & I has set all kinds of chart records in her home country of Australia with her breakout single, “Dance Monkey,” but she’s just reached a unique chart milestone in the U.S.

As “Dance Monkey” reaches the top five on the Billboard Hot 100, the song becomes the first top-five hit written solely by a woman in nearly eight years.  Toni Watson, who records as Tones & I, is the only writer credited on the track.

As Billboard notes, the last time this happened was in 2012, when Whitney Houston‘s version of “I Will Always Love You” hit number three after Whitney died.  That song was written solely by Dolly Parton.

Before that, you’d have to go back to 2010, when Taylor Swift placed two songs she wrote herself in the top five: “Mine” and “Today Was a Fairytale.”  She also wrote her recent single, “Lover,” by herself, but it didn’t reach the top five.

But as Billboard points out, top-five hits on the Hot 100 just written by one man don’t happen that often, either.  Not counting some of the super-old holiday hits that managed to chart over Christmas, the last one was J. Cole‘s 2019 single, “Middle Child.”