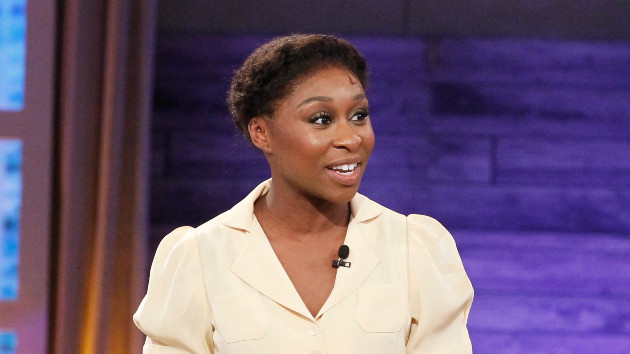 ABC/Lou Rocco(LOS ANGELES) — Cynthia Erivo and Alfre Woodard are weighing in on Joaquin Phoenix’s powerful BAFTA acceptance speech, during which he spoke to the audience about white privilege, the lack of inclusivity and systematic racism in the film and television industry.

In an interview with Variety at Woodard’s annual Sistahs Soiree, Erivo said Phoenix– who won the Leading Actor BAFTA for his title role in Joker — shared a truth that needed to be told.

“It meant that someone like him was listening and seeing what is going on and has gotten to the point where he can’t pretend it’s not happening anymore,” she said. “And to say it in that place, at that time, he was really brave and it meant a lot to me, as a Brit, to hear him say it. I hope it didn’t fall on deaf ears.”

Erivo, who did not receive an BAFTAs nod, is the only black actor nominated in an acting category at this year’s Oscars. She received a Best Actress nom for her title role in Harriet.

Woodard agreed, noting that the burden of conversations about the importance of inclusion needs to be given to the gatekeepers in Hollywood, not just people of color wanting change.

“I’m glad he said it. And just like he said, ‘We can’t look to the people of color to do it,” Woodard explained. “It’s about us.’ He made a speech that was about him and to his folks. They probably don’t want to hear it; a few in the audience might want to hear it because they think ‘not me,’ so they’re feeling self-righteous about it.”

Woodard continued, adding that even if the masses may not want to hear it, it’s “always important to speak the truth” just so that history acknowledges it was said.