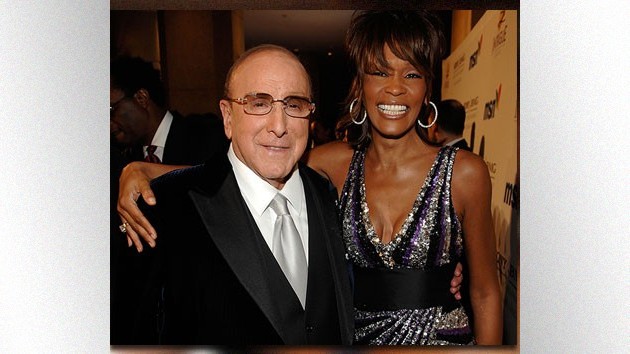 Clive Davis, who signed Whitney to Arista Records in 1983, tells the Los Angeles Times he was “very disappointed” by two recent documentaries about the singer, who will be inducted into the Rock & Roll Hall of Fame in May.

Whitney: Can I Be Me was released in 2017 without the cooperation of Houston’s family, followed by Whitney in 2018, which was authorized by the Houston estate.

Davis complains about the 2017 film’s “sensationalistic” treatment of Houston’s marriage to Bobby Brown. He also didn’t approve of how the Whitney doc focused on an allegation that she was sexually abused as a child.

Now chief creative officer at Sony Music, Davis says he’s “looking forward to putting together” a new biopic with a “great writer and a great director.”

The 87-year-old music guru is hosting one of the biggest entertainment parties of the year, his annual pre-Grammy Awards gala, Saturday night in L.A. The event will be special for him because he’ll present the Industry Icon award to his protégé, Sean “Diddy” Combs.

Davis, who launched Diddy’s Bad Boy Records in 1993, remembered how Combs had the vision that hip-hop could become mainstream and should be played on pop radio stations.

“The top 40 should accommodate hip hop,” Diddy told him, and Davis saw that Combs could connect him with a culture which was foreign to him.

“I was working with my divas, OK? Whitney and Aretha [Franklin] and Dionne [Warwick],” Davis says. “My contacts would not have drawn me to the street.”

Bad Boy Records also began the career of The Notorious B.I.G., who will also be inducted into the Rock & Roll Hall of Fame on May 2 in Cleveland.