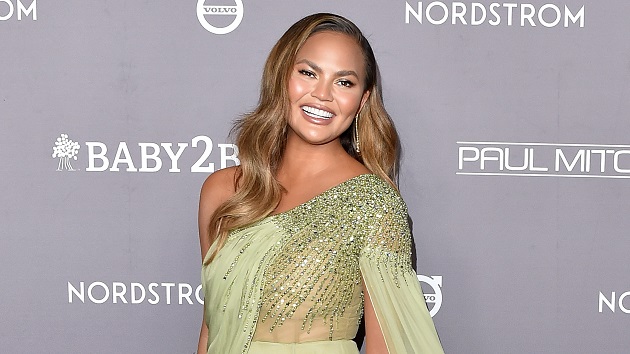 The Bring the Funny host turned to Twitter on Wednesday and begged her followers for much-needed advice.  “What are some good “scary” movies but for kids? luna loves creepy s***,” tweeted an exasperated Teigen.  “She loves Coraline but I cannot watch it anymore, I will actually die.”

Thankfully, the self professed de-motivational speaker found something to appease her toddler for the time being.  “The new animated Addams Family doing the trick right now but will need more soon!,” pleaded the mom of two before admitting “yes we are weird.”

The good news is, Teigen turned to the right place and received an abundance of advice from friends and fans.

“Paranorman, Labyrinth, Nightmare Before Christmas, The Secrets of Nimh, Frankenweenie, 9, Corpse Bride,” the 30-year-old excitedly rattled off before admitting that she, too, lived for “creepy kids movies.”

After naming a few other potential scary movies fit for kids, the daughter of the late Robin Williams dared, “You wanna scar your kid for life show them Watership Down.”

However, Teigen’s Twitter thread eventually made its way to the one who started Luna’s scary movie obsession — Neil Gaiman, the creator of Coraline.

The author helpfully proposed titles such as Scooby Doo and Missing Link before admitting that he, too, plans on stealing some of Teigen’s hard earned suggestions to appease his own three-year-old, Ash.

So, what movie did Teigen eventually settle on?  “We went with Insidious,” the model joked.  “Thanks, guys!”