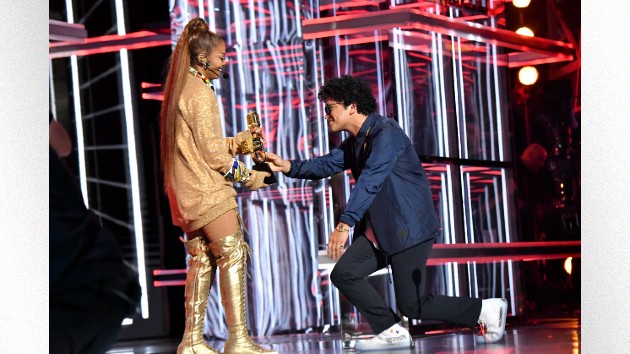 Jeff Kravitz/FilmMagicWe don’t know if he has other tour dates planned, but Bruno Mars‘ only U.S. festival appearance in 2020 will take place in the Big Easy.

Bruno and the one and only Janet Jackson are both headlining the 2020 edition of The Essence Festival of Culture, which is celebrating its 50th anniversary this year.  This is Janet’s third appearance at the festival; it’ll come it the midst of her Black Diamond world tour, which she just announced on Monday.

It’s Bruno’s first time appearing at the Festival, and it may be an indication that new music from the Grammy-winning superstar is on the way.  His last album, 24K Magic, came out in 2016.

Taking place July 1-5 in New Orleans, the Essence Festival is a celebration of black culture, and features musical performances from legends and rising stars alike.

In addition to the festival’s three-night concert series, there will also be panels, discussions, exhibits and vendors, on topics ranging from arts and entertainment, to beauty, fashion and technology, to food, wellness, entrepreneurship and civic engagement.