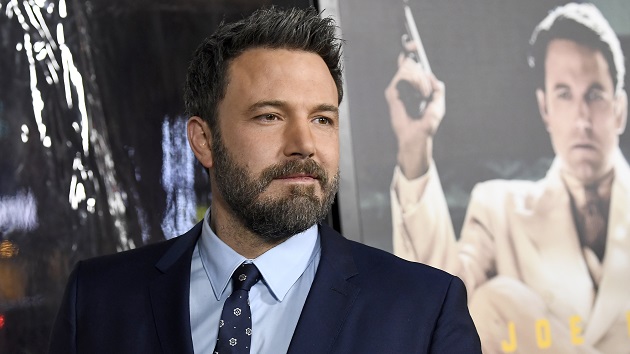 Frazer Harrison/Getty Images(NEW YORK) — Ben Affleck got real and raw as he opened up about his life and work in a recent interview published by The New York Times.

“The biggest regret of my life is this divorce,” he revealed.

Affleck was married to actress Jennifer Garner for 13 years until they officially split in 2018 after three years of separation. The two share three children together.

As for what ended his marriage, the 47-year-old candidly admitted that his drinking played a role in its demise.

“You’re trying to make yourself feel better with eating or drinking or sex or gambling or shopping or whatever. But that ends up making your life worse,” he explained. “Then you do more of it to make that discomfort go away. Then the real pain starts. It becomes a vicious cycle you can’t break. That’s at least what happened to me.”

“I drank relatively normally for a long time. What happened was that I started drinking more and more when my marriage was falling apart. This was 2015, 2016. My drinking, of course, created more marital problems,” he concluded.

Affleck also shared that it’s not “healthy” for him to obsess over his imperfections, but it is important to “pick yourself up, learn from it, learn some more,” and “try to move forward,” which is what he has tried to do.

The Gone Girl actor has four films that will be released this year, starting with The Way Back, a sports drama about a high school coach who is described by The Times as a “puffy, willful, fall-down drunk who blows up his marriage and lands in rehab.”

The role hit home for Affleck as he was able to draw from his own experiences to portray the character — a process he found to be “very therapeutic.”