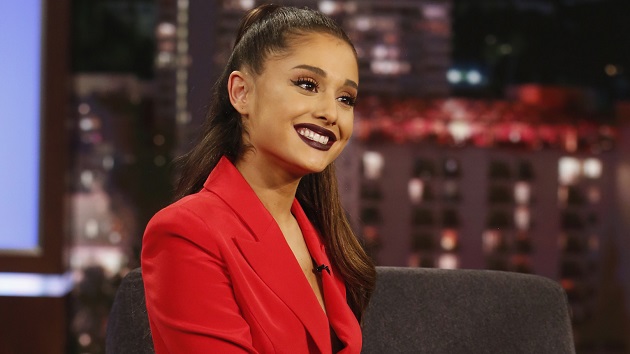 ABC/Randy HolmesThe ever-growing list of artists set to perform at the 2020 Grammy Awards just added another big name to the roster: Ariana Grande.

The “7 Rings” singer, who is up for a few awards herself, made the big reveal on Twitter on Saturday with the coy caption “see you jan 26.”

This is a big turnaround from last year, when Grande refused to even attend the Grammys following a very public spat about her 2019 performance.  The show’s producers allegedly wanted her to perform a medley of her hits while she wanted to perform her then-newest single, which was “7 Rings.”

It is unknown what songs she will perform at this time.

Other artist set to hit the Grammys stage on Sunday, January 26 are Billie Eilish, Blake Shelton with Gwen Stefani, Lizzo, and Aerosmith. The show will air live from the Staples Center in LA on CBS starting at 8 p.m. ET/5 p.m. PT.