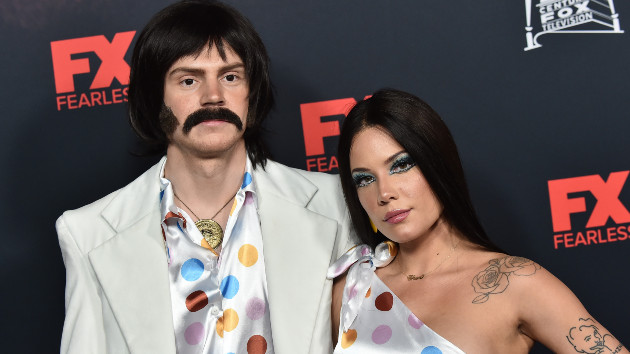 LISA O’CONNOR/AFP via Getty ImagesHalsey and Evan Peters are reportedly taking their romance to the next level.

A source tells Us Weekly the two have moved in together after just a few months of dating. The insider adds that Halsey and Evan are “both weird in the same ways” and that “Evan’s friends think they’re the perfect duo.”

The two first sparked relationship rumors back in October, when they made their red carpet debut together in matching Sonny and Cher costumes for American Horror Story’s 100th episode celebration right before Halloween.

But Halsey’s crush on Evan goes back even farther. In since-deleted tweets from 2012, 2013 and 2014, the singer gushed over her attraction to the actor while watching him on American Horror Story. In 2013, she tweeted, “Petition for Evan Peters to date me.”