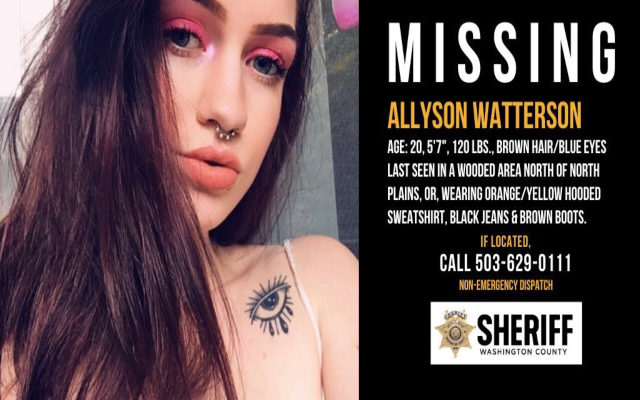 PORTLAND, Ore. (AP) – Some items belonging to a missing woman have been found in rural Oregon.

The Washington County Sheriff’s Office confirmed some items were found, but wouldn’t specify what was found or the exact location.

Allyson Watterson was last seen in the woods near North Plains on December 22, 2019.

Authorities suspended the search after leads ran out. Her mother has continued to organize private searches.