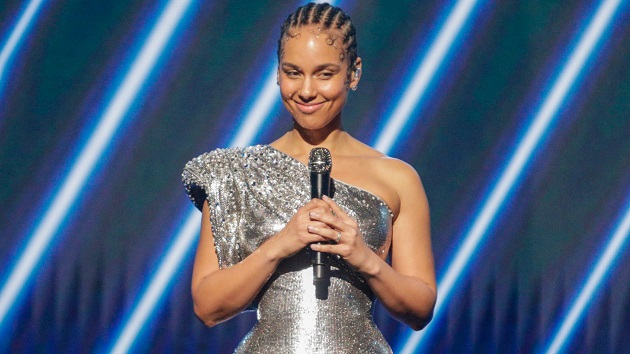 Imagine finding out that your Lyft driver is none other than Alicia Keys.  For some lucky fans in Los Angeles, that actually happened.

As part of Lyft’s ongoing series Undercover Lyft, Keys disguised herself as a woman named Laura to drive unsuspecting fans around the city.

At first, blissfully unaware riders, like Philip and Gabby, kept it cordial with their chatty Lyft driver.  But, as the conversation progressed, “Laura” began dropping hints that betrayed her identity — such as speaking lyrics to some of her most popular hits like “Empire State of Mind,” “No One,” and “Fallin’.”

The first passenger to clue in on her identity was Gabby, who nervously began playing with her hair as the conversation deviated to The Voice, where Keys once served as a judge.

“Who would you sit next to?”  Alicia mused with a knowing grin, to which Gabby hesitantly answered, “Probably Alicia.”

Things started coming together after that.  After telling another rider that she would be spending the holidays with her “Grammys,” the unnamed passenger leaned out of her seat and challenged, “Alicia. Just say it,” causing both women to giggle.

Despite all her clever hints, there were still some riders completely out of the know until Keys took off her disguise, which resulted in sweet hugs and laughing fits.

The best reaction of all came from Keys’ youngest passenger, who was carrying around an ukulele.  The boy proclaimed he was about to cry as he shouted excitedly and begged the “If I Ain’t Got You” artist to do a collab.

So, how did Alicia drive?  According to her passengers, she was “the best Lyft driver ever.”