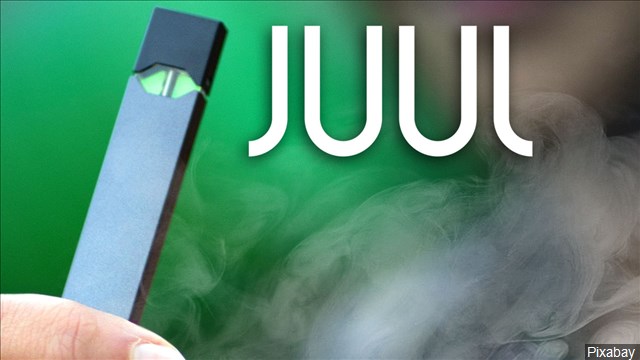 HARTFORD, Conn. (AP) – Investigators from 39 states will look into the marketing and sales of vaping products by Juul Labs, including whether the company targeted youths and made misleading claims about nicotine content in its devices, officials announced Tuesday.

Attorneys general from Connecticut, Florida, Nevada, Oregon and Texas said they will be leading the multi-state investigation into San Francisco-based Juul, which also is facing numerous lawsuits by teenagers and others who say they became addicted to the company’s vaping products.

Juul released a statement saying it has halted television, print and digital advertising and eliminated most flavors in response to concerns by government officials and others.