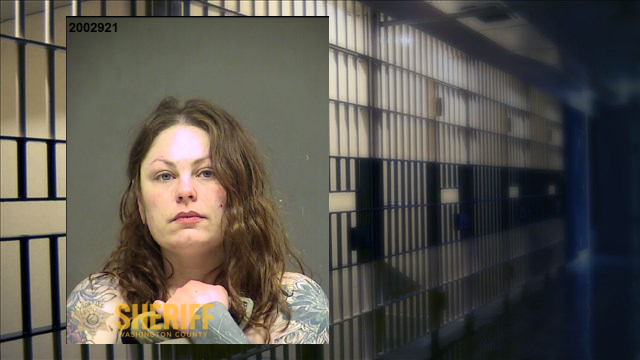 ALOHA, Ore. — A man was found bleeding from the head and neck early Saturday morning in Aloha and his girlfriend was arrested for stabbing him during an altercation.  Employees of the Chevron gas station at Southwest 170th and TV Highway called for help.  The victim is expected to survive his injuries.

Shortly after, the girlfriend reported that she was stabbed by her boyfriend, but Washington County Sheriff’s Deputies found that was not the case.  She was not injured.

36-year-old Sabrina Peeler is charged with attempted murder, unlawful use of a weapon and assault.  Her bail is $250,000.  Peeler will make her first court appearance on Monday afternoon.

The stabbing happened at a residence near Southwest 160th and Rosa Road.