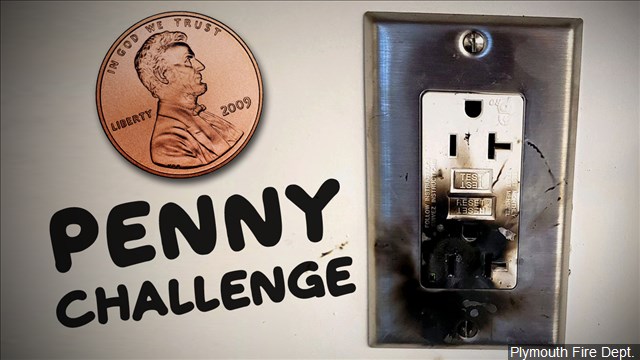 Officials say social media users are challenged to record a video of themselves sliding a penny between a partially plugged-in cell phone charger and a wall outlet.

Users are asked to film and post the results on the TikTok video-sharing channel.

Officials say placing a penny across an active electrical connection will create sparks that can damage the outlet and potentially start a fire.