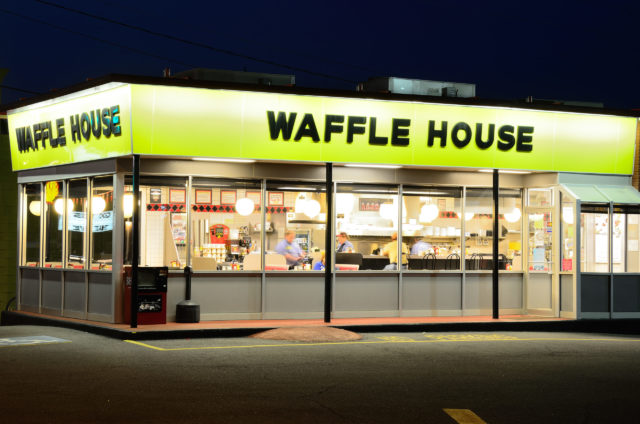 Scattered, smothered, covered–and closed. On Tuesday, Waffle House announced via its Facebook page that it was closing 365 of its restaurants across the U.S. over coronavirus concerns. The closures appear to be in multiple states, with major clusters in Ohio, Kentucky, Indiana, Maryland, and Missouri. However, the chain assures customers that 1,627 of its locations are still open to those who need their waffle fix.

Waffle Houses generally don’t close, even during natural disasters such as hurricanes. In fact, the federal government often relies on a “Waffle House Index” that tracks restaurant closures to help assess how bad a natural disaster really is.