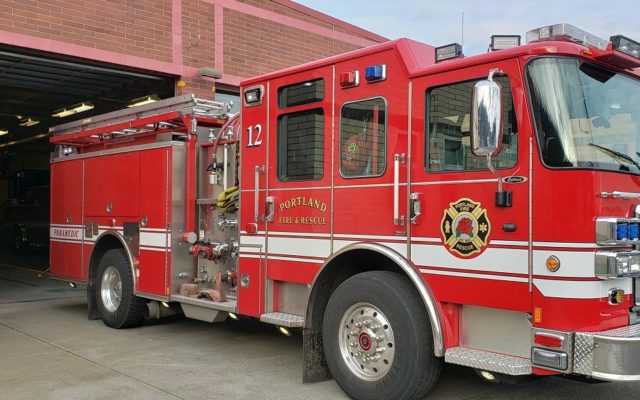 Portland, Ore. – A fire broke out around 10am Saturday morning at a vacant apartment building on North Lombard near North Wall street.  Lt. Elizabeth Thompson with Portland Fire and Rescue tells Fm News 101 KXL, due to previous fire damage, there were holes in the floor and roof, and the windows were boarded up. Safety concerns forced crews to fight the fire from the outside. No one was hurt. Still working on a cause of the fire.
Witnesses say homeless transients have been in there before. North Lombard was closed for several hours, but is back open now.

North Lombard shut down at Wall Avenue near New Seasons due to vacant apartment building with smoke and fire.