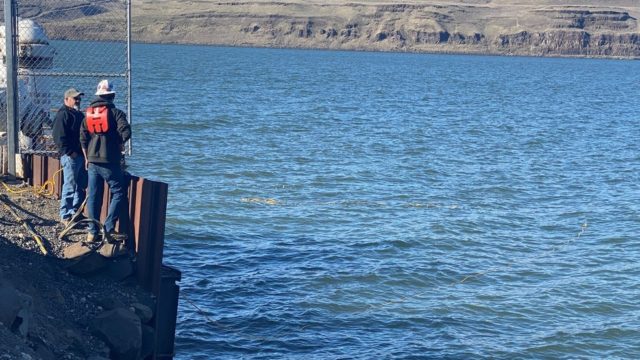 Crews from the Oregon Department of Environmental Quality are on the scene of 38-foot tugboat has sunk in the Columbia River.

The incident was tweeted by the Oregon DEQ on earlier this afternoon.

Laura Gliem with DEQ tells KXL that they don’t why the Tug sank, but they know the wind moved it. The vessel is about 10 miles upriver from the McNary Dam, near Umatilla and Officials say the tug reportedly has 750 gallons of diesel on board. Divers and contractors are on-scene, but weather was making work difficult.