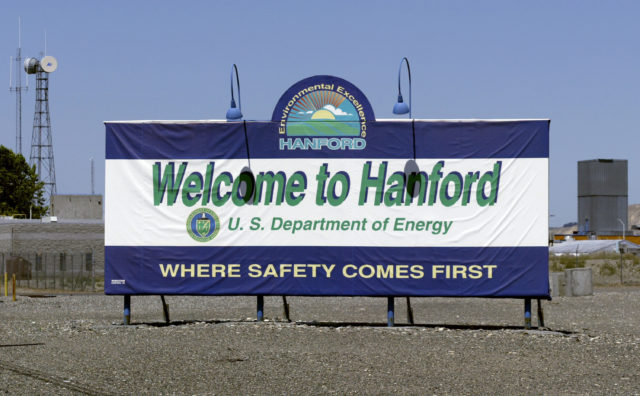 RICHLAND, Wash. (AP) – Three radioactively contaminated structures are at high risk of collapsing on a former nuclear weapons production site, but could be stabilized by filling them with a concrete-like grout within the next year.

That’s according to the U.S. Department of Energy.

The Tri-City Herald reports that the agency has concluded the structures on the Hanford Nuclear Reservation could fail in coming years and release radioactive material.

The Hanford site, located near Richland, Washington, for decades made plutonium for nuclear weapons.

The sprawling site  has been engaged in cleaning up a massive amount of radioactive waste left over.