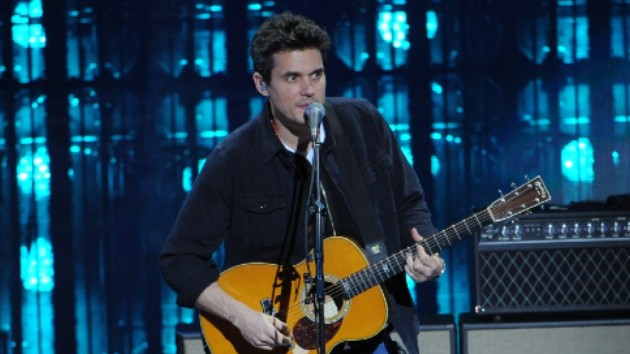 Walt Disney Television/Pawel KaminskiJohn Mayer has gone on record as saying that he’s single right now because his storied dating history drives women away.  But one actress admits she’s down to date him if he’s interested — and she let him know it, too.

As you’ll recall, John’s list of romantic conquests includes Jennifer Aniston, Katy Perry, Jessica Simpson, Jennifer Love Hewitt, Taylor Swift and perhaps more we don’t even know about.  But in the new issue of Cosmopolitan, Pretty Little Liars star Lucy Hale admits that she and John are both on a super-exclusive VIP dating app and she “pressed yes for him.”

“I don’t think he pressed yes for me,” she continues.

But doesn’t his reputation give her pause?  After all, in the same interview, Lucy says she’d like to date a “nice but not boring” guy.

“I’m so drawn to musical talent, I don’t care,” she admits.

But Lucy’s probably not waiting by the phone: She says she actually loves being single, doesn’t want kids for a while and has a new TV show on The CW — the Riverdale spinoff Katy Keene — to keep her busy.

Meanwhile, Jessica Simpson spills all the beans about their relationship in her new memoir, Open Book, and told The New York Times she didn’t give him a heads up that she was writing it.

“I don’t think he’ll be shocked. He knows these stories,” says Jessica, adding that she also “doesn’t care” if John tries to get some publicity out of it.