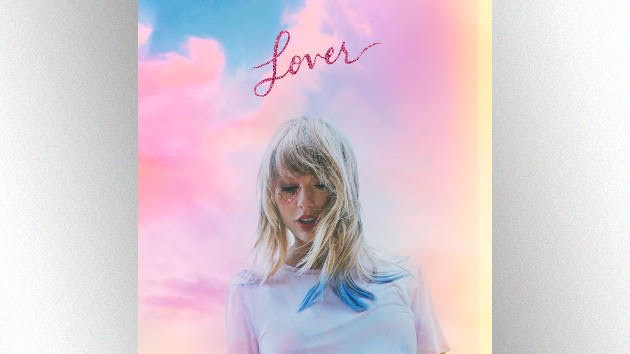 Valheria RochaBy her own admission, Taylor Swift‘s 2019 included “some of the most amazing times and also some of the hardest things” she’d ever gone through.  So let’s take a look at both sides of Taylor’s crazy year.

The Good
Fans were thrilled when Taylor started teasing new music in February, and in April, she delivered “Me!,” a duet with Panic! at the Disco’s Brendan Urie, whose candy-colored video not only ushered in Taylor’s new aesthetic, but delivered Easter eggs to fans in the form of clues of what was to come.  That turned out to be Lover, Taylor’s seventh album and a complete 180-degree turn from her previous album, Reputation.

Lover came out in August to rave reviews and debuted at number one with 867,000 units sold, making Taylor the only female artist with six albums that have sold at least 500,000 copies in a single week.  In less than two weeks, Lover had sold a million units.

The album’s next single “You Need to Calm Down” carried a strong message of support for the LGBTQ+ community and featured a bevy of stars from that community, from Ellen DeGeneres and Adam Lambert, to Billy Porter, Laverne Cox, Todrick Hall and the Queer Eye guys.  Taylor also launched a petition in support of the Equality Act, which has since garnered more than 575,000 signatures.

“You Need to Calm Down,” which was named Video of the Year at the MTV VMAs, also gave us Taylor’s long-awaited on-screen reconciliation with Katy Perry, with whom she’d been feuding since 2014.

Speaking of awards, Taylor received plenty of them in 2019.  She was named one of TIME magazine’s 100 Most Influential People and Forbes‘ highest-paid celebrity of 2019.  She swept the American Music Awards, bringing her total wins to 29, the most of any artist.  One of those AMA trophies was for Artist of the Decade, and soon afterward, Billboard named Taylor Woman of the Decade.

Taylor earned a Golden Globe nomination for co-writing “Beautiful Ghosts” with Andrew Lloyd Webber for the movie CATS, in which she has her biggest on-screen role to date.  She celebrated her milestone 30th birthday onstage at New York’s Madison Square Garden, with 26,000 fans singing “Happy Birthday” to her.

The Bad
Starting with a bombshell Tumblr post in June, Taylor Swift went to war with her former record label, Big Machine, whose owner, Scott Borchetta, signed her when she was a teen.  There was endless back-and-forth and he said-she said between the two camps, but in essence, the issue is this: Taylor claimed that without giving her a heads up, Borchetta sold Big Machine to Scooter Braun, a man Taylor hates because she feels he’s bullied her relentlessly.  The sale gives Braun control over the master recordings of Taylor’s first six albums.

Taylor felt strongly that she should have been allowed to purchase the masters herself — “I would have paid so much for them,” she told Billboard — but she said she was never given the chance.  Instead, she claimed, Big Machine told her she could earn back the rights to each of her albums for each new album she recorded for the label — a deal she rejected.

As a result, Taylor announced that as soon as her contract allowed — November 2020 — she would re-record her first six albums in an attempt to devalue the original ones and deprive Braun of the money they would have earned him.

Then, things got really ugly.  In November, Taylor again took to Tumblr to claim that Borchetta and Braun were blocking her from performing her old songs at the American Music Awards, and from using those songs in a Netflix documentary.  This time, though, she specifically asked her fans to tell Borchetta and Braun how they felt about it, and to ask the other artists managed by Braun — like Ariana Grande — to take Taylor’s side.

This resulted in Braun and his family allegedly receiving death threats.  Braun also claimed Taylor had “rejected” all attempts to sit down and discuss things, and denied ever blocking her from singing her songs at the AMAs.  When the show finally aired, Taylor did indeed perform her past hits, and soon afterward it was announced that her Netflix documentary, Taylor Swift: Miss Americana, would open the 2020 Sundance Film Festival on January 23 and then hit the streaming service early next year.

During her Billboard Woman of the Decade speech, Taylor alluded to her feud with Braun by calling out “toxic male privilege in our industry,” and said she was using her position as a superstar to “[raise] valid concerns about artists and their rights to own their music.”

As if all that wasn’t enough, in 2019, Taylor was also dealing with her mother’s ongoing cancer battle, which inspired the Lover song “Soon You’ll Get Better.”  She also revealed that she wouldn’t be doing a full tour behind Lover because she needed to stay close to home for family reasons — an apparent allusion to her mother’s illness.