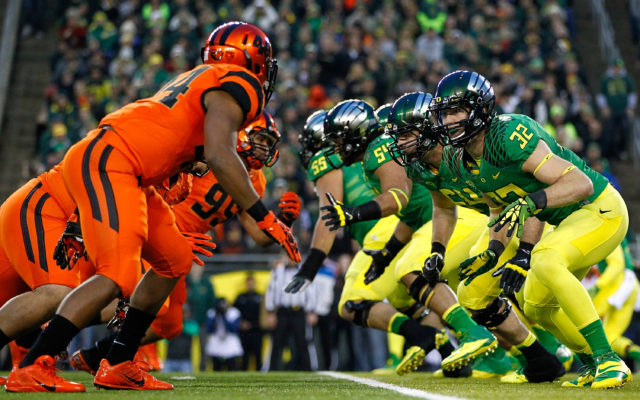 Portland, Ore. — Oregon State University and the University of Oregon have agreed to stop using the term ‘Civil War’ to promote athletic events.

“Changing this name is overdue as it represents a connection to a war fought to perpetuate slavery,” said OSU President Ed Ray. “While not intended as reference to the actual Civil War, OSU sports competition should not provide any misconstrued reference to this divisive episode in American history. That we did not act before to change the name was a mistake. We do so now, along with other important actions to advance equal opportunity and justice for all and in recognition that Black Lives Matter.”

“Today’s announcement is not only right but is a long time coming, and I wish to thank former Duck great Dennis Dixon for raising the question and being the catalyst for change,” said Oregon Director of Athletics Rob Mullens. “Thanks also to our current student-athletes for their leadership and input during this process. We must all recognize the power of words and the symbolism associated with the Civil War. This mutual decision is in the best interests of both schools, and I would like to thank Scott Barnes for his diligence as we worked through this process. We look forward to our continued and fierce in-state rivalry with Oregon State in all sports.”

The name ‘Civil War’ has been in use for the annual football game since 1929 but it was not officially named the Civil War until 1937. Before that, it was known as the “Oregon Classic” or the “State Championship Game”

The football series between Oregon State and Oregon continues with the 124th annual game on Nov. 28 at Reser Stadium in Corvallis, ranking this rivalry fifth in college football for the most games played in the series.