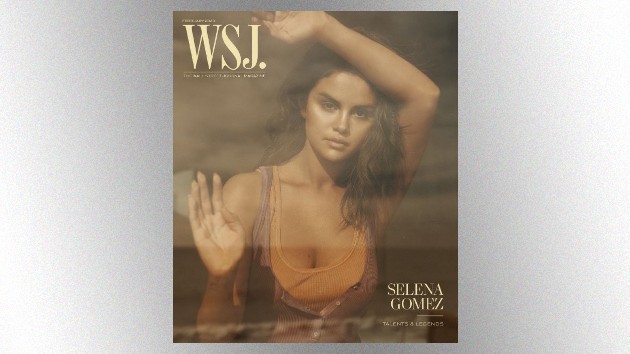 Lachlan Bailey for WSJ.MagazineSelena Gomez has said her new album Rare is her most personal music yet, and we know she’s telling the truth because her BFF, Taylor Swift, agrees.

As part of Selena’s cover story in Wall Street Journal magazine‘s new “Talents and Legends” issue, Taylor weighs in on her reaction to Selena’s new music. “This is the first time I’ve heard her truly channel the details of her emotional experience,” she tells the magazine.

“I just thought, ‘Wow, she’s finally allowing herself to let other people know things aren’t always OK. You can be vulnerable and lonely and independent and strong and brave and scared all at once.’”

And Selena reveals, “I remember Taylor said when I played her some of the new songs, ‘I feel like I’m seeing who you were before [everything you’ve gone through].’  That makes me happy. I like feeling like that girl again.”

Selena actually talks quite a lot about her relationship with Taylor in the interview, noting, “I knew from when I met her I would always have her back. In my life, I have the ability to forgive people who have hurt me. But I don’t know if I can forgive someone who hurts her.”

She also says there’s “so much of [our] friendship that people don’t know about…She has showed up for me in ways that I would have never expected…flown in because I was hurt and was going through something…It’s been proven year after year and in every moment of my life that she is one of my best friends in the world.”

Selena’s also close with one of her main musical collaborators on the album, Julia Michaels.

“I call Julia my soul sister because I’ve never had a connection with someone like that in my life,” she gushes.