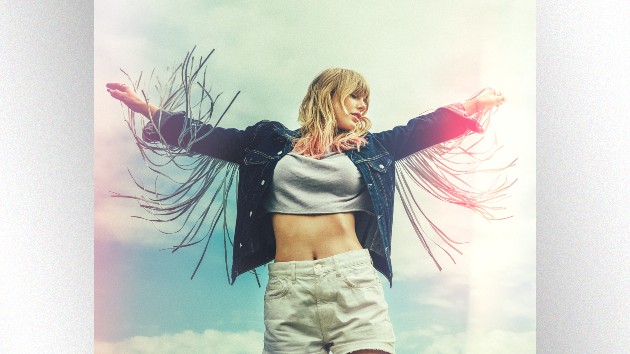 Where else should Taylor Swift have celebrated her new album Lover than in Paris, the City of Love?   Last September, the singer did just that for an ultra-exclusive The City of Lover Concert.

Since then, fans who missed the once-in-a-lifetime intimate set only caught glimpses of the summer performance via video clips.

But, at the stroke of midnight on Tuesday, Swift released her entire acoustic performance for her latest single “The Man.”

The video opens with the crowd chanting as Swift sits alone on a stool and begins strumming her guitar.  The crowd erupts in cheers as Taylor sings the opening verse.

As the song continues, the audience begins to loudly sing along — causing Swift to smile broadly as she glances around the room.

Clearly, the audience’s favorite lyric was “I’d be just like Leo, in Saint-Tropez” given by how they practically drowned out Taylor as they heartily shouted along.

Swift also took a moment to emphasize her frustration with the industry’s double standard and paused after the lyric, “They’d paint me out to be bad/ So it’s okay that I’m mad.”

The audience screamed in agreement for a complete 30 seconds before Taylor resumed singing.

So, if this performance has whet your appetite of seeing Swift perform all the songs from Lover live in the future, you’ll have a handful of chances this summer.

Taylor will go on a brief tour, consisting of Lover Fest West and Lover Fest East. She’ll play two dates at Gillette Stadium in Foxborough, MA on July 31 and August 1 and two dates at L.A.’s SoFi Stadium on July 25 and 26.

Tickets are available now on Ticketmaster.